Search for beneficial insects and harmful

Insects of widespread animals; they are almost three quarters of known animals. Belong to arthropod Division, and that their bodies are divided into three parts: the head which contains the Unwin sensor plus parts of the mouth and eyes, chest, divided into three parts, and typically contains three pairs of legs when adult insects, a pair or two. Wings (if any), the final part of the insect body is the abdomen which consists of several parts or sections, featuring inside digestive organs, bound, and genitals.

Seen a lot of people to bugs as disturbing animals must be disposed of and combat them wherever they are for them just organisms live between the dirt and the movement of diseases, insects, like other animals, including humans, including beneficial weed, and in this article we will highlight the benefits of Some kinds of insects and their damage. 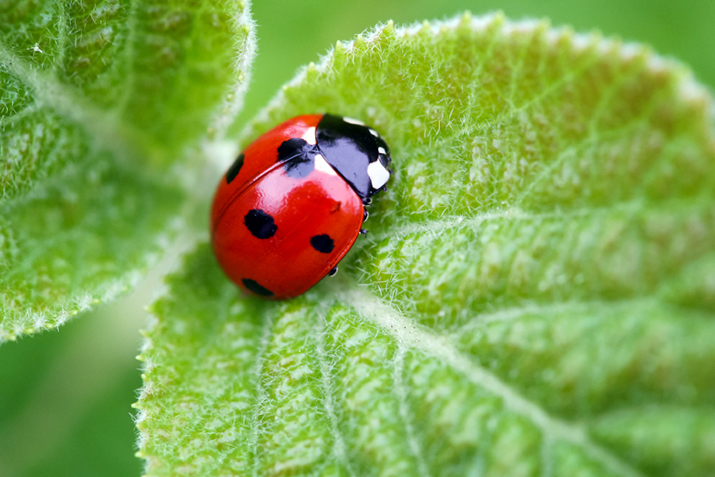 Many insects are an important and vital roles for human life, examples of such roles:

Pollinate flowering plants: eat a lot of insects including ants, butterflies, bees, and wasps on pollen and nectar, and during the movement of pollen from flower to another, helping to pollinate plants and further developed.

Produce some useful articles: these articles of silk produced by silkworms, honey and wax that bees produce them.

Treatment of some medical conditions: some insects, larvae can be used like a caterpillar alnghafh to treat wounds to prevent gangrene, it feeds on dead flesh.

Hunting: some fishermen used insect larvae as bait for fishing.

Food source: whereas some for eating insects as a sort of taboo, there are a lot of people dealing with some types of insects as a source of protein.

Recycle biological materials: some insects such as beetles feed on dead animals and fallen trees, called these bugs in the garbage and recycle organic materials to benefit other living beings.

Reducing the proliferation of harmful insects: there are hundreds of kinds of insects that feed on harmful insects or their eggs, which reduces their preparation in the environment, it kind of wasps that feed on locusts and limit, and thus less need to use pesticides which do not discriminate between Beneficial and harmful insects, eliminate types together.

There are many types of insects that are classified as harmful insects, because they cause harm and inconvenience to humans, for example the following types:

Mosquitoes bite the human mosquitoes to get the blood needed to survive and multiply, and this may cause the presence of red beans and itching, and it produces disturbing sounds and can transmit diseases from person to person.

Fleas: They are like mosquitoes; they bite people and pets, and they cause itching.

Sand flies: is a small-sized fly, with mouth parts specialized in the puncture of the skin and secretion of saliva in the wound, and then absorption of blood from it.

Domestic flies: Domestic flies are harmful and annoying insects at the same time. The flies transmit a number of diseases to humans, and also to the dishes exposed to the dirty foods that feed on them such as feces.

Some types of ants: Many of us suffer from the ants that spread around the house, such as ants digger, which builds his nests in the woods of the infrastructure of the buildings, causing damage to them, and the berry berries mad like to roam the electrical devices causing an electrical contact.

Terrified flies: flies belonging to a family (Tabanidae), such as flies, and deer flies that feed on the blood of mammals, including humans.

Bed bugs: Bed bugs are hard to get rid of, they absorb human blood during sleep and leave little saliva under the skin, causing an allergic reaction from symptoms of persistent itching.

Cockroaches: Fast-growing insects that spread throughout the year, transmit diseases to humans, and occupy second place after dust, caused by allergies inside the house.